London Art Therapy Centre was delighted to run a workshop for children with Stargardt’s eye disease, a progressive condition which affects the central vision in both eyes, on 15 September 2018. The Stargardt charity were themselves running a session alongside, for parents and carers on nutrition.  Art Therapist’s Guy Rashty and Sarah Holmes co-ran the workshop. This is Sarah’s account of the day. 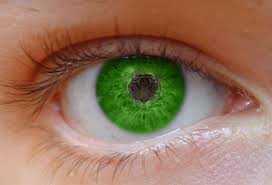 There was an air of anticipation as the small group of children entered the large hall, taking in their surroundings. The arrangement of the therapeutic space was kept close, to allow for interaction within the group and to safely manage the movement of the children, due to their visual impairment. Therefore, the tables and materials were positioned in the centre of the room.

The children themselves, predominantly male, were aged between 18 months and 10 years, eagerly explored the art materials, on a table set aside. The range of materials included paints, pens and pastels. Taking into consideration some of the other senses, collage papers were also laid out for the children to scrutinise their tactile and textural qualities. Although they appeared to enjoy soft or raised feel and crunchy sounds of the papers, all of the children chose the flatness of paint to work with. The workshop was structured to allow the children to lead, but it also provided time at the end of the session for them to talk about the work or the process.

Once settled around the tables with their chosen materials, the interaction between the two eldest boys in the group appeared natural, chatting and sharing ideas about subject matter, resulting in two paintings of rainbows, distinctly different in style, but obvious bold and separate colours. On reflection, at the time I did wonder if the colour separation was also a way for children with Stargardt’s disease to differentiate what they are able to see better.

During these initial stages of the workshop, there was also what appeared to both me and Guy a focus on the large water jug used for washing the paint brushes in. When one of the boys washed his brush before changing colour from red to orange for his rainbow, he appeared fascinated by the fact that the water had changed distinctly to red, he proceeded to stir his brush in the water, creating, what he described as a ‘swirling vortex’. As the ‘experimentation’ with the paint and water seemed just as interesting as painting rainbows, his new friend followed suit by adding his own brush to the coloured water mix. This activity induced one of the younger members, and the only girl in the group to go one step further and by-pass the paper with the brush and paint, going straight to the water, the inevitable colour mix, a sludgy brown. This ‘experimentation’ with the colour and water alongside mixing colours in a palette is a common activity I have witnessed a number of times when working with children, both from an Art Teacher and Art Therapist angle. This suggests that children are at their most creative when using materials in new ways and when making connections. The lack of focus on making something tangible allows the child to explore lots of possibilities and feeds curiosity about their surroundings and their need to explore and experiment; which both boys said they were doing when asked at the end of the workshop.

Rainbows completed and put to dry, the group quickly moved onto new ideas. The youngest member at just 18 months had become overwhelmed by the experience and was being comforted by Dad. For the last 10 minutes of the creative part of the workshop, the children were asked to create something that they felt reflected them. The older boys had some understanding of what this meant, painting the planets and paint splatters respectively. The now youngest member and only girl, used a cut-out girl outline, selecting pastels and paint splatters as her medium to create a picture of herself in the rain. All the work created during the workshop were laid out on the floor to dry, at the end the children were asked to walk around the paintings and then use one word to describe their own or the work as a collective. Colourful, bold, exciting, energetic were some of the words used, there was a certain degree of shyness at this stage compared to during the creative part of the workshop, suggesting that they don’t have their creations or the act of creating to hide behind.

In my experience the workshop was similar to ones I had run on previous occasions, however, as children with visual impairments were the only client group I had not previously worked with I was unsure what to expect, especially in terms of how much of a focus the sensory aspect of creativity would be and from a safety perspective. However, I was surprised at how little the tactile element of the art materials played a role. The children themselves were very responsive to the workshop, the materials, Guy and me as Art Therapists and strangers to the children and the therapeutic space we had created.

The children had a fantastic time at the art therapy session. I was not in during the session but both of my children thoroughly enjoyed it as did the the other family.

My son was particularly keen in the “watercolour pens”. Both of my children were keen to show and talk about their art work. Thank you so much.