In this month’s clinical meeting, Hephzibah Kaplan led a group discussion on this topic, considering both practical and symbolic aspects. We were asked to think about the ways sex was mentioned or explored in our respective practices and how we each address the issues in our therapeutic work.

Hephzibah started off by mentioning the introduction of sex education in schools, often in Year 5 (age 9/10). She referred to a school that brought in the local policeman to talk to Year 4 (age 8/9) children about the dangers of talking to strange men and how to say no to the over-friendly ‘uncle’. However in this case the school introduced the notion of sex via something to be avoided or fearful about, prior to the Year 5 sex education. Equally the internet now makes ‘dysfunctional’ sex as accessible as ‘functional’ sex. If sex is often introduced in the ‘wrong’ order we need to consider the impact it can have on ‘healthy’ sexual relationships.

Hephzibah introduced the therapeutic context by talking about the way erotic transference happens between female therapists and male clients. She quoted American art therapist Shirley Riley, who wrote in Contemporary Art Therapy with Adolescents about the tensions inherent in the relationship between the female therapist and the adolescent male client. Riley considers the possibility of physical attraction but also states that “the adolescent male is rarely enamoured of the adult female therapist” (p. 225), arguing that age – the therapist being older than the client – is the main reason. One of the male art therapists suggested a counter-position, remembering that nearly every boy in his school used to fantasise about female teachers, and that adolescent boys often see adult women as sexual. The group considered the impact of pornography on ideas of sex, intimacy and body image. Are adolescents accessing “functional” or “dysfunctional” sex education? How are our own personal values contained or restrained so as not to convey any value judgements about our clients? As art therapists, it is important that we do not shy away from conversations which might help to reflect on these important issues. 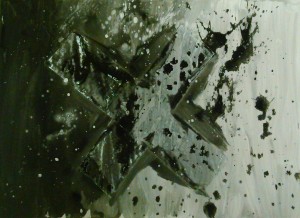 Joy Schaverien addresses sex in Desire and the Female Therapist, where she writes: “The female therapist may find herself idealised in the transference with a male patient…” (p. 159). Citing Kulish (1986), she points out that female therapists might not write on these aspects of the therapeutic relationship often because of their “taboo” nature. The group also discussed the difficult interpersonal and transference processes with male therapists and female clients who had experienced trauma or abuse. When is the male therapist seen as a sexual predator or at what stage is he viewed as someone who can be trusted? female clients can behave provocatively at times with male therapists; this can be an unconscious way of testing the therapist’s boundaries to find out if the therapist can be non-objectifying and therefore safe to work with.

Sex can, conversely, be conspicuous by its absence; when working in religious settings requiring modest clothing, the expectation or assumption of female sexuality seems to play an important role in needing to cover up the body. When working with clients who had never been able to express their sexuality in relation to the Other – be it due to religious, personal or social reasons – a sense of frustration, or sexual sublimation, can build up in the sessions and be expressed through the imagery. The issue of sex addiction was also explored as a manifestation of addictive behaviour, and we discussed the way these are often treated, similarly to substance misuse, using the 12-steps approach.

Female practitioners in the group reflected on the way erotic transference can give way to maternal transference as they grow older, and the relief they experienced when there was no longer a need to survive the client’s sexual interest. Mothers in the group reflected on the way that being pregnant led to a different kind of interest from younger clients, and what should we think when an 11 year old boy keeps looking at the therapist’s breasts? Is he in need of nurturing, or approaching pubescence? How do we make a distinction between a natural sexual awakening in a child or mere over-exposure to the sexualised world? If the child acts in a sexualised manner, should we be concerned to notice any signs of sexual abuse, or do we need to consider it can sometimes be a response to an increasingly sexualised world and media imagery?

Another way many art therapists encounter sex in the sessions is symbolically, through the art. We discussed the ways we may talk to our clients about sexual symbolism in their images, or different ways to respond to the client who makes a clay penis. It can be an expression, an exploration, a provocation, an attack and so on. Schaverien notes that “The act of painting can be seen as a move towards the Other, equated, in this case, with the sex act as the moment of symbolic conception” (p. 158). Many of us are aware of the sensual qualities of art materials, and the group reflected on the intimacy in art therapy sessions and the tactile and visceral qualities offered by materials such as paint and clay.

It seemed that, while most of us encountered the subject of sex in our therapy work with both children and adults, there are clearly different ways to name or address it, as well as consider the implications in the therapeutic relationship. Psychosexual therapy is a specialism in itself and in July we are having a guest speaker to present on this topic.